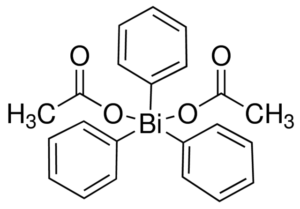 Bismuth (III) 2,3-dimethyl-2-butoxide was used as the bismuth source, iron(III) tert-butoxide as the iron source and water vapor as the oxygen source for Bismuth iron oxide films with varying contributions from Fe2O3 or Bi2O3 were prepared using atomic layer deposition. The films were deposited as stacks of alternate Bi2O3 and Fe2O3 layers. BiFeO3 thin films were prepared by the ALD method using a process composed of two deposition stages. Firstly, the deposition of initial Bi-O and Fe-O layers on a Si/SiO2/Pt substrate was carried out at 413 K, using bismuth(III) 2,3-dimethyl-2-butoxide and iron(III) tert-butoxide as metal precursors. We applied an exact number of growth-cycles (200 cycles of iron oxide and 180 of bismuth oxide) followed by exposure of the material to water vapor in order to oxidize the deposited layers. This operation was repeated 15 times to achieve a satisfactory layered structure of Bi-O/Fe-O oxides. Secondly, the fabricated laminar “semi-products” underwent annealing in a nitrogen atmosphere at 823 K. See links below

Ereztech manufactures and sells this product in small and bulk volumes. Glass ampules, bottles or metal ampules or bubblers are available for packaging. For additional analytical information or details about purchasing BI9854 contact us at sales@ereztech.com

If you don’t see the needed lot of Bismuth(III)2,3-dimethyl-2-butoxide below please contact customer support at sales@ereztech.com

With Bismuth(III)2,3-dimethyl-2-butoxide other customers often ask: